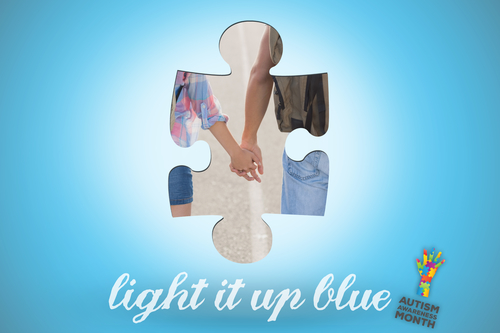 April 2nd is the day we ask that you Light it up Blue!

Why? Because April 2nd is Autism Awareness Day. More than 3.5 million Americans are on the Autism Spectrum. Autism has a diverse number of symptoms. They include behavioral things, such as repetitive behavior, poor eye contact, and poor social interaction. And the symptoms include learning disabilities and speech delays. There are also cognitive problems, such as an intense interest in a few things, and being somewhat oblivious to their surroundings. A person on the Spectrum may show little sympathy or understanding, when in fact the problem is that they don’t know how to express it.

This includes occupational therapy, speech therapy, and medications, among other expenses. In any family law case, such as a divorce, these expenses should be considered. This includes any parenting plan or child support calculation. It also takes an impact on every couple who is raising a child on the spectrum. Parents with a child on the spectrum will spend countless hours at therapy with their child. And they will often spend twice the amount of time working on homework and other projects compared to a child who is not on the Spectrum.

There is no cure for Autism.

Much research has been done to determine the cause of Autism, with mixed results. But there is universal agreement on one thing — there is no cure. Someone who is affected by Autism will have it the rest of his or her life. They are born with it. And they must learn to live with it.

Being on the spectrum, however, often comes with some unique skills. Many have a great memory. And someone on the spectrum has an incredible ability to focus on one task. Any employer who can harness these traits will find a great employee.

Autism has become so prevalent that the Florida Senate has introduced a bill to require autism training for law enforcement. I think that the same training should be given to all teachers and fire fighters. So this April, Light it up Blue.

Please show your support for making others aware of this disability. And remember to wear blue on April 2nd.