Relocation is a common event for all of us. Our jobs change. We remarry or enter into new relationships. So it’s important for a custodial parents to know when they can move, and how far.

America is a mobile society.

We are able to connect with each other via FaceTime, Skype, and other forms of electronic means. Transportation is faster than ever.

The Florida Relocation Statute outlines how far custodial parents who have been through a divorce can move. It also outlines what a court will use to decide if a parent can move.

The first thing to note is that the statute only applies when a case has been filed.

Courts use the statute as a guide, but it does not strictly apply before a case has been filed. 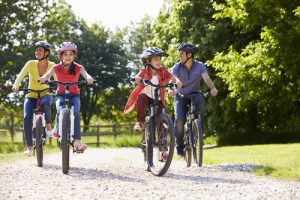 Second, the statute does not allow a parent to move more than 50 miles for a 60-day period without either a court order or written permission of the other parent.

To obtain court approval, a parent must file a request giving, among other things, the following: the new address and phone number, the date of the intended move, the reasons for the move, and a proposal of how the other parent will spend time with the children.

Once filed, the court rules on the request based on the following:

Courts also look at whether the move is job-related. It helps if the move will increase a parent’s income.

Relocation requests are given high priority.

A parent asking to relocate on a temporary basis is supposed to be given a hearing within 30 days. Trials on relocation requests are to be held within 90 days. So it’s important to be ready and to know how courts handle these matters.