Dividing assets in divorce cases seems easy at first. But it requires many factual decisions. 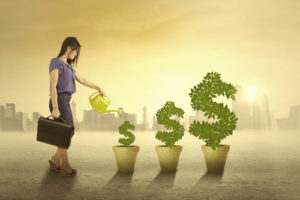 But it all depends on the facts. For example, the appreciation of stocks, bonds, or other things purchased before the marriage is marital.

Likewise, the reduction in the principal of a mortgage on a home is marital. The reason is that payments which are made during the marriage are coming from marital sources, such as income. However, most assets you purchase before marriage remain yours.

Once the Court determines which assets are marital, it starts with the presumption that these items should be divided evenly. The Court can deviate from this, based on several criteria. This includes the length of the marriage, and the contributions of each spouse to careers or care of children.

It also includes the benefits of one party keeping an asset, such as a business. The tough part of seeking an uneven distribution is proving it, and ensuring there are details in the order on why distribution is not even.

Courts can also recover marital assets which are wasted. The word used in the statute is dissipated. Courts look to see if one party removes assets or transfers assets to someone. The statute says such assets wasted during the last two years can be recovered, but cases from appellate courts interpret this to go beyond that time-frame, depending on the facts. Courts can also award a partial distribution of assets before the divorce is done, but this is rarely done.

Most people can agree on how to divide assets in divorce, but larger items such as homes and large accounts may end up being litigated. A good mediator can solve these problems, but courts provide a remedy when needed. Having a prenuptial agreement also helps. It’s good to decide how to divide assets before starting a marriage.